My New House Mates by Tracy Sayers tells tells the story of an elf named Seb and the family who move into his house. The Untold Story of Little Bo Peep by Paul Carroll is a rhyming verse poem about the day Little Bo Peep lost her sheep, and subsequently goes on a killing spree. (Hey, we never said these were kids stories!) 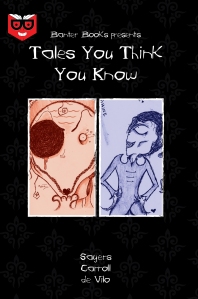 The book will be available on April 1st, launching at K-Con in Kerry. Copies can be found at table C18, where Paul Carroll will reside in wicked delight for the weekend with a table of his other books.